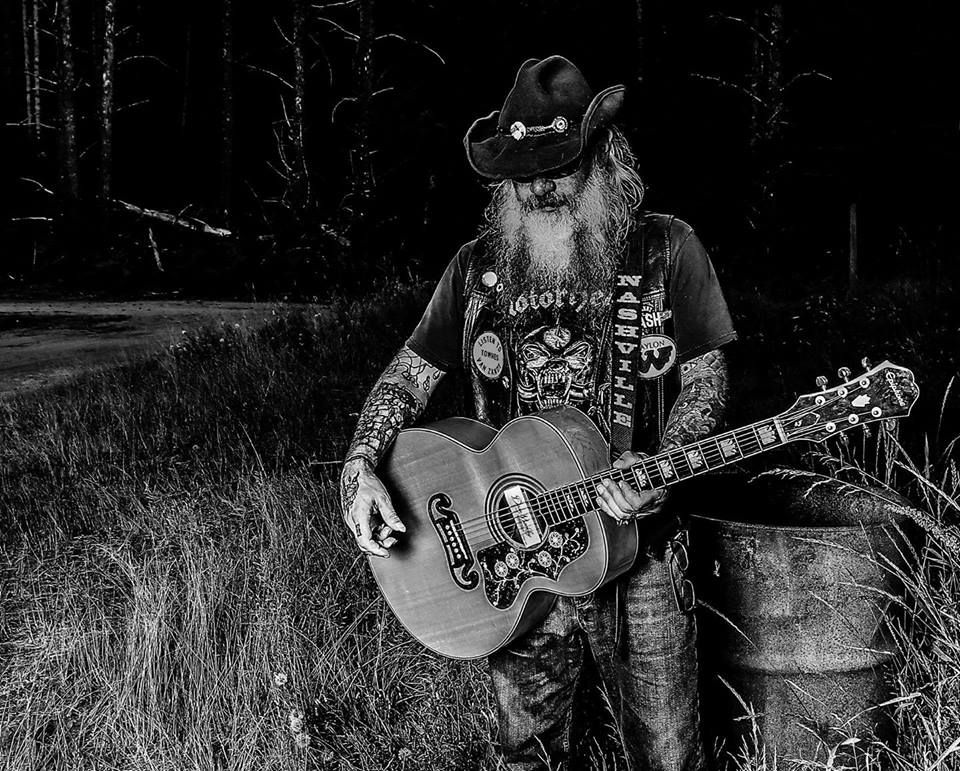 If you're reading this I'd just like to say thank you for checking out my site and I hope you dig what you hear. Photo credit Aubrey Trotter.

My name is Chris Andres,I was born in Vancouver B.C. and I've been playing on stage since I was thirteen,by the time I turned fourteen I was playing the local bar scene in a town called Prince George. Some of these bars were pretty tough places but the pimps and prostitutes took me under their wings and made sure I didn't get stabbed or shot...came close a few times. By the time I was sixteen I headed out on the road with my brothers in crime and proceeded to raise hell all over Canada but all things must change and by twenty five I was burnt out and ready for a change. For the next few years I started a family and started working at different jobs,building houses and working in mills mostly. I continued playing with different folks just trying to find my sound,it ain't easy! I decided the best thing to do was to step away and really just focus on writing, I studied every artist I could listen to and then...Townes. After listening to Townes Van Zandt everything I thought about songwriting changed and it was like a veil had been lifted and for the first time I understood what it meant to serve the song. Well fast forward to present day,I'm getting ready to release my Fifth studio Album I also won a country song of the year award for my song No way home. I don't know what the future holds but I'm pretty sure I'll be out there playing some smoky old room singing songs about this thing we call life. Yer pal,Chris.